Is PowerApps Your Future?

In my role at Spyglass, I advise clients on the use and adoption of technology, whether that’s Office 365, SQL Azure,  or Azure PaaS. I tend to have a very broad view of the technology field, with pockets of depth. My background is as a "backend" developer - I cut my teeth on C++ (okay, technically Pascal, but I don’t want to admit to that) and then C#. I developed full trust solutions for SharePoint and joked with Marc D Anderson @sympmarc that JavaScript was not a real programming language (I still maintain this point of view, but okay, I admitted to Marc that JavaScript was useful but still had issues). But the Graph API, development of SPFx, and TypeScript have enabled a large number of “web designers" to become "new" developers - who build applications on the client side, real applications that do complex tasks. Applications that, if built correctly, and use TypeScript, can scale to large development teams, which was always an issue with most JavaScript developers.  However, some of these developers are probably now looking down their nose at PowerApps much as I did with JavaScript all those years ago. Now hold that thought…

What Gartner is Saying

Back in early December 2019, I attended a Gartner conference for application owners. This was my first time at a Gartner and it is a very different kind of conference than the typically heavy technology in the weeds sessions I am used to. This conference was much higher level, aimed at senior development managers, Chief Technical Officers / Information Officers etc. and was full of sessions on emerging technology, strategy and stories of successfully adopting technology.

The primary vision put forward by Gartner is one of dramatic change for application development. Gartner is positing was that this is the last decade of application development as we know it. The vision is that N tier applications, or thick desktop client applications will no longer be developed. The theory is that "backend" developers will adopt a Micro Services strategy. All the functionality the Enterprise requires and provides internally to its users, will be deployed and made available by Micro Services. This enables a new class of developers, "Citizen Developers", (Okay, this term has been around for years... in fact, back in 2012 Gartner said, "we are all developers now"). These new-old developers will no longer require Visual Studio, Code, or even IntelliJ. These new developers will be armed with "Low Code / No Code Solutions" in what Gartner calls "The Composable Enterprise". Now I know some of us are no doubt saying - "yup heard it all before, Access, InfoPath etc.". Hold that thought too!

In addition to the move to low code / no code, another industry trend is the adoption of Artificial Intelligence technologies. Traditionally, this has been the purview of specialized developers and data scientists. But increasingly this technology is becoming easier to adopt and more widespread. Power Apps released support for AI Builder late last year, allowing non coders to add AI to their No Code Applications.

Even within the AI and ML space, low-code no-code predictive modeling platforms have been paving the path for Citizen Data Science initiatives over the last several years. Azure Machine Learning has Auto ML and a Machine Learning Studio which allow statistically savvy analysts to build and deploy many machine learning models without any coding background. These predictive models can also be integrated directly from Power Apps and Power BI to build intelligent business applications visually and without any additional code. We see this trend all over other cloud platforms such as AWS with SageMaker and even dedicated companies like DataRobot or DataIku have built platforms that facilitate no code predictive modeling at scale.

On the Microsoft Stack the Low Code / No Code platform is Power Apps. What is great with PowerApps is that you can build an application that is part of Dynamics 365, or SharePoint 365 on top of a SharePoint List, a Standalone Application or even a Mobile application, using the same toolset. So, if you are not thinking about adding Power Apps to your skill set, or you have not added it to your portfolio of supported platforms then I believe you are missing the future…or at least part of it. 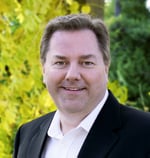 Related Posts
Microsoft Azure vs. AWS Round 1: The Managed Database By William Richard on September 09, 2021
Microsoft How Viva Topics, SharePoint Syntex, and an Enterprise Taxonomy Work Together to Create an Organizational Knowledge Base By Harold Brenneman on July 07, 2021